The Bitcoin price continues to fluctuate in a critical zone. However, the mood on the market appears to be turning. Thus, analysts are more optimistic about a further extension of the rally.

Traders Josh Rager, yTedd, and Crypto Capo are more bullish. The former believes that BTC and ETH have had a strong weekly close. Therefore, he expects to see an upward price action over the next few days. Il Capo believes it is likely that the downtrend is over. He thinks that the recent dip was the last opportunity to buy Bitcoin below $50,000.

Meanwhile, yTedd stated that BTC has managed to break through resistance at $48,000. The trader has set critical support at $42,000 and predicts a further uptrend to $60,000. This will occur “sooner rather than later”, according to the trader. 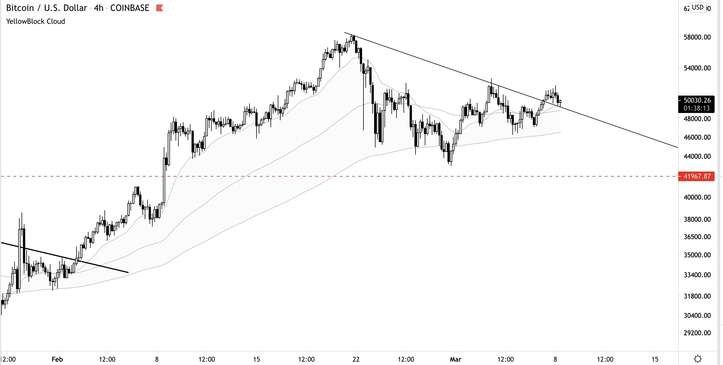 The theory of a rally extension is also supported by Glassnode’s CTO Rafael Schultze-Kraft, who states that the BTC price has managed to hold support levels. The recent consolidation has seen BTC buyers form a “wall” of 1.2 million BTC between $46,600 and $48,600. The CTO of Glassnode said: 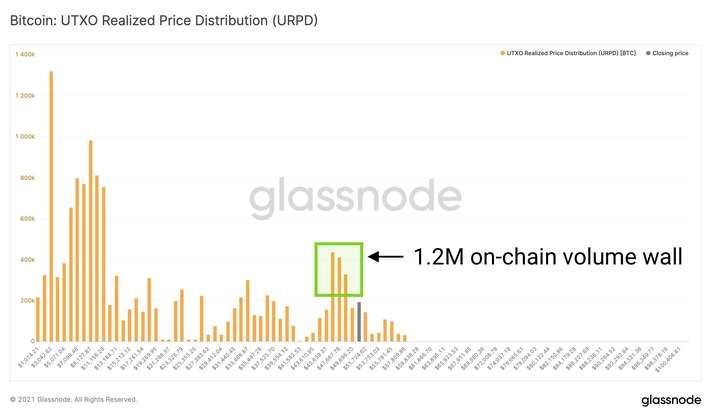 On-chain analyst Willy Woo agreed with the data shared by Schultze-Kraft and said that support at the referenced levels is “super strong.” A drop below could make BTC vulnerable to falling at $40,000 – but Woo believes that this would be a “gift” to buyers. Meanwhile, the balance on exchanges continues to decline, as analyst William Clemente stated:

Der Beitrag Is the Bitcoin consolidation phase over? These are the critical levels erschien zuerst auf Crypto News Flash.