Analysts Jan & Yann observed an all-time high in the liquidation of long positions in the Bitcoin futures market. As the chart below shows, nearly $500 million were liquidated in less than an hour. This represents an all-time high, as indicated by the analyst, who stated that there is “excessive greed in the system.” 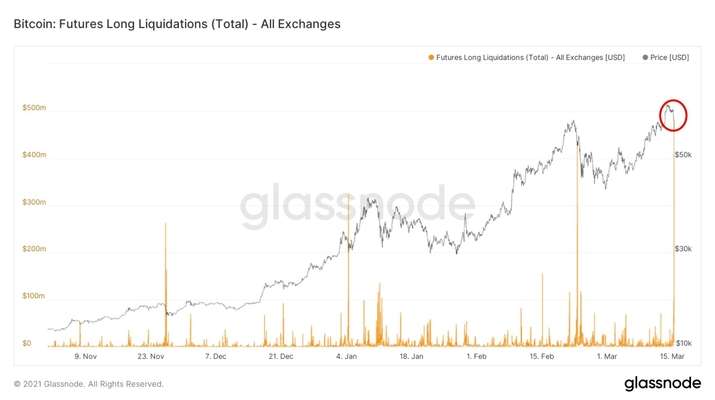 60% of the liquidated BTC futures contracts had leverage of up to 20x or more. IntoTheBlock data shows that exchanges Binance and Bybit had the highest number of settlements. As a result, open interest on the referred exchanges dropped by 10% and 8.5% respectively. 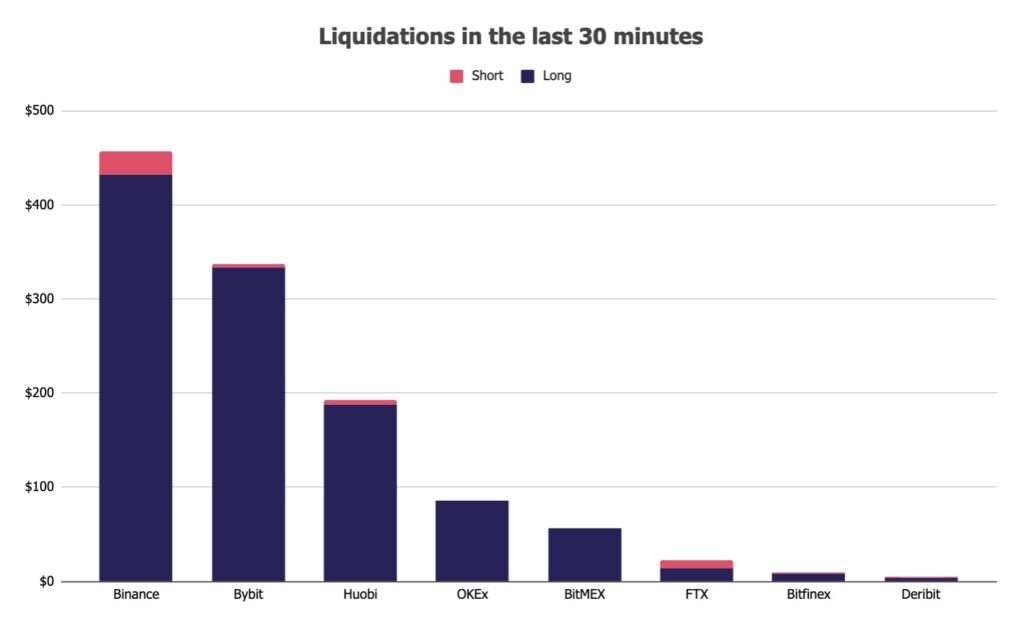 Fear, greed and a rumor impact the Bitcoin price

In addition to the above, Bitcoin’s price may have been affected by a whale selling on Gemini. CryptoQuant CEO Ki-Young Ji recorded a deposit of 18,000 BTC into the exchange’s wallet. Young Ji stated:

(…) deposit is legit as it was a transaction between user deposit wallets and Gemini hot wallet. All Exchanges Inflow Mean is skyrocketed due to this deposit. Don’t overleverage if you’re in a long position.

CryptoQuant’s CEO believes that Bitcoin whales could be conducting a “Psyop” against the market to induce fear in investors and accumulate BTC below $60,000. On this possibility, altcoin trader Psycho said:

What if exchange inflow / outflows have become a psyop and whales test this theory to see how much they can move the market by doing it. Load up on shorts then spook the market with exchange inflow. Buy blood. Rinse and repeat.

However, Glassnode stated that the vacant transaction on Gemini was an internal transaction of the exchange. The funds were therefore already in Gemini’s wallets when the transaction was recorded, as the image below shows. 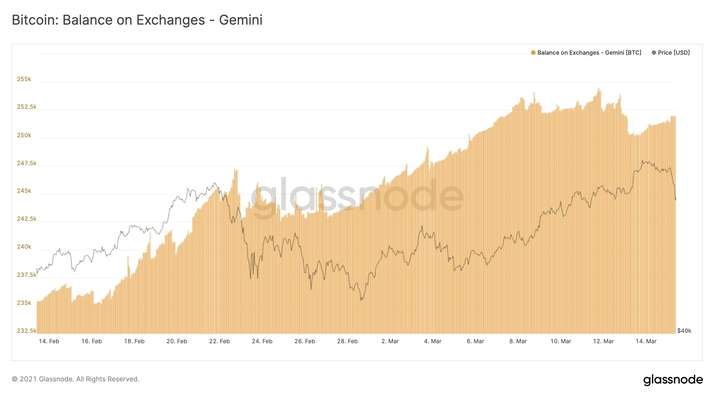 Analyst Willy Woo explained that this is the second time in the last month that the BTC price has fallen due to “fake data.” Woo shared the chart below to show that at the time of the massive selloff and liquidations, there were no significant movements in the amount of Bitcoin on exchanges:

Chart: leverage positions getting liquidated as traders sell off. Red dots showing the timing of the fake inflows. (28k and 18k BTC respectively) 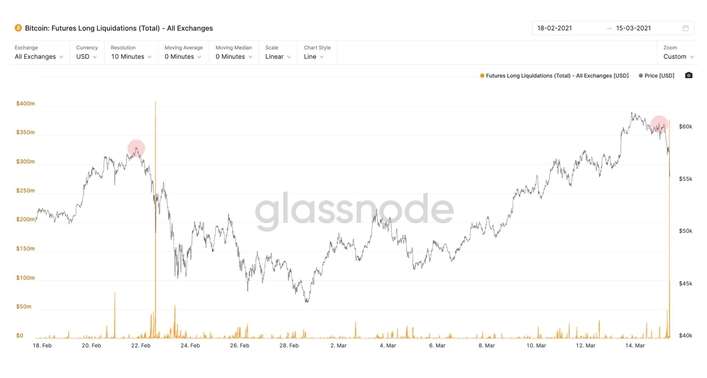 Thus, Bitcoin’s fundamentals and macroeconomic structure remain intact and favorable for the cryptocurrency. In that sense, it is likely to see a recovery in Bitcoin price if it manages to hold support at $55,000 and $51,000, as stated by trader Michaël van de Poppe. Otherwise, BTC could suffer a pullback to $44,800.