The correction continues. After Bitcoin was able to rise above 52,600 USD on Wednesday, the price is now back in a downtrend. At the reaction time, the price slipped to $47,100 and thus into a zone that makes Bitcoin vulnerable to further losses.

As Rafael Schultze-Kraft, the co-founder and CTO of analytics firm Glassnode noted, there is strong on-chain support at $47,000 – around 500,000 BTC moved at this level. In his opinion, it is important to hold this level, that “otherwise we could quickly go into the low forties before the next upward movement” follows. 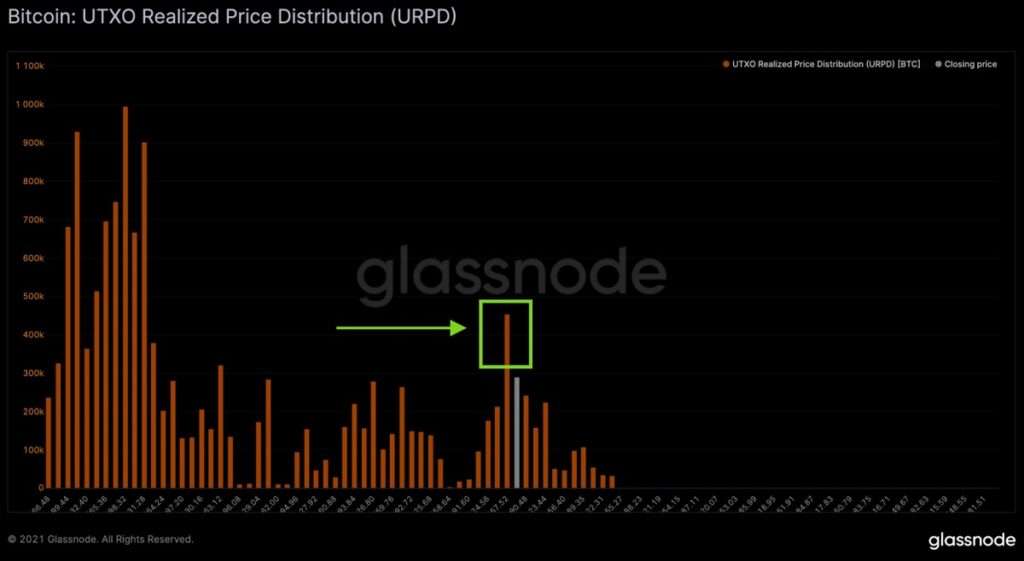 Scott Melker shared the chart below with his 245,000 followers on Twitter, asking only “What if?” The analyst alluded to the fact that the Bitcoin price could behave like it did during the correction earlier this year. According to this, the bottom has not been reached yet. In January, there was a correction of 31.6% from the local high that lasted 187 candles on the 4-hour chart. If this repeats, BTC could fall to as low as $40,000 and extend the correction to the end of March.

Meanwhile, other factors also point to the prolongation of the correction. The Grayscale Bitcoin Trust (GBTC), supposedly one of the biggest drivers of the current bull market, is trading at a discount of -11.92%, a record low. Institutions may have less interest in Bitcoin for now. 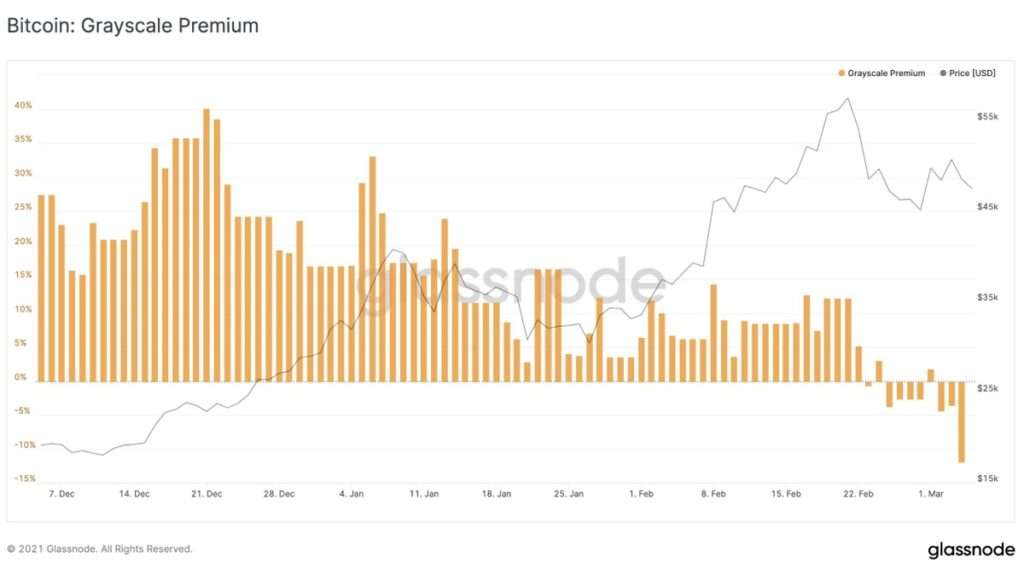 As to why this is, analysts currently seem to agree that the macroeconomic environment plays a significant role. As CNF reported, Bitcoin’s correlation with the S&P500 recently rose to its highest level since the March 2020 crash. Yesterday’s speech by U.S. Federal Reserve Chairman Jerome Powell also received high attention. As macro analyst Alex Kruger noted, Powell “failed to deliver.”

Powell did not deliver. Basically repeated his usual dovish lines, acknowledged treasury market is disorderly, yet indicated would not act on it yet – leading to continuation on the dollar up, bonds down, stocks down trends. $BTC

Drop in crypto is large but it’s small adjusted by vol. Bitcoin has been relatively resilient. Issue with expecting much further downside in stocks is rates are the driver, and bonds are stretched here. FA says lower, TA says higher. I’m neither bullish nor bearish at present. dropped almost 4% on his speech.

A bullish factor could continue to be institutions and large investors over the long term, as well as overall sentiment in the Bitcoin market. Lex Moskovski, CEO of Moskovski Capital, shared a chart showing that the illiquid supply of Bitcoin continues to increase. Moskovski stated:

Another day, another large increase in #Bitcoin illiquid supply.

Strong holders are ramping up their positions despite the sell-off. Bitcoin is holding up against the macro spectacularly well.

This is also supported by data from IntoTheBlock. According to the analytics firm, the total volume of large transactions (>$100,000) has increased over the past 7 days, reaching an on-chain volume of $173.16 billion, which IntoTheBlock says is a clear sign that institutions continue to buy BTC.

Interview: What Makes Worthpad Better Than Other DeFi Projects Out There?

NFT Roundup: A Closer Look at Key Developments Over the Last Week